It has been a busy week, focused on visual improvement and clarity. To avoid cramming too much and having unstable content, we moved to a patch every few days instead of the (not very sustainable) daily patch.

First things first, Camilo did an incredible cover for the game, making "Puzzle Reign" the official name of the FFS jam version of the game. 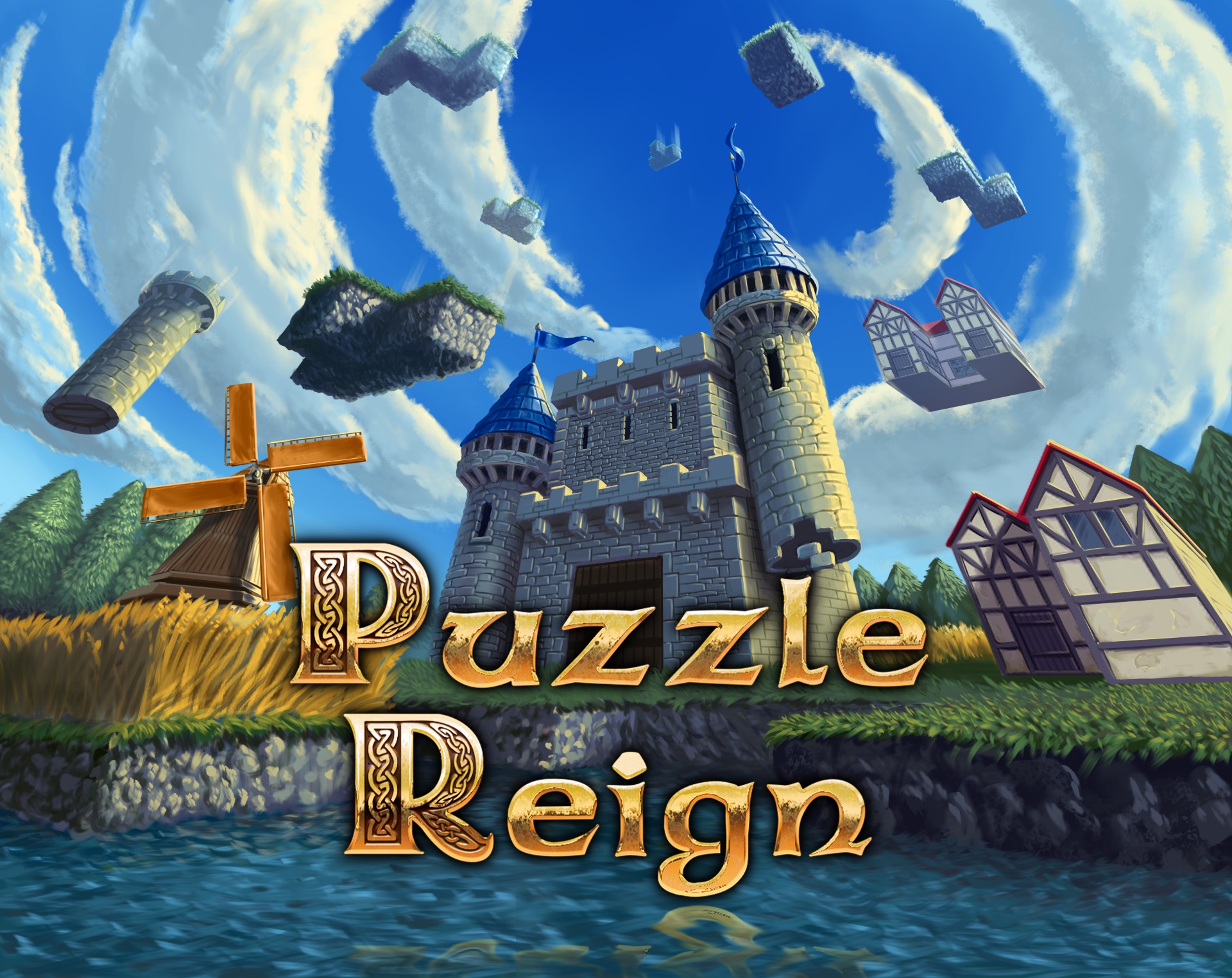 From the programming side, the focus was making it more clear and understandable, and for that we improved the UI, added a piece overlay and finally managed to include a tutorial.

The UI changes included adding a level progress display, and then incorporating it into a single UI group containing level, progress, and score. Most of the text is gone now, except for the "your best" caption that might disappear in the future.

Then we moved to add feedback for the action, as it was not very clear how areas combine.

The next step was the tutorial, using the overlay as a starting point. It only explains the basics for now, but it is a better onboarding than welcoming the new players to the anxiety of Arcade mode.
As a side note, building tutorials is a surprisingly challenging task, as it requires controlling the flow of your game and display contextual information. It is tempting to hack the systems to create a flow for the tutorial, but it should be very useful to reconsider the architecture.

Now there is an entry in the main menu giving credit to the sources of art and music, but also giving a shout out to the main players that provide daily feedback on the game. The game would not be possible without them.

The priorities for next week are:
* Puzzle/Campaign: adding challenges progressively
* Art: focus on the HD version of the tileset, adding some animations if possible.

For any of you planning to add a tutorial to your game, you should check the following videos:

Super excited for the visuals mentioned!!! Camilo really did a superb job on the title image it's super super good and the perspective is really wild.

Amazing game cover! Thanks for the log please keep up the good work.